The Reef at Maafushivaru

The beautiful Maldivian island of Maafushivaru is surrounded by a coral reef.  The lagoon inside the reef is warm, calm and filled with delicate corals, countless fish usually up to about 6 inches along with an occasional turtle.  Outside the reef, the deeper waters can be choppier but a wider variety of sea life can be found as long as you watch out for the currents pushing you into the rocks or corals.

We did several explorations both inside and outside the reef – usually straight from the sea-stairs of our over-water bedroom hut.

The corals in the lagoon were some close and entwined at the reef’s internal edge and close to the surface that they made an impenetrable barrier to the likes of us.  But further away from the reef, the corals become more spaced and swimable passages between them allowed us to explore in and around the alien structures.  Colourful fish darted in and out of the safety of the corals sometimes on their own and sometimes as part of a dense shoal.  I recognised Angel fish, Parrot fish, Puffer fish but there were dozens of different types. 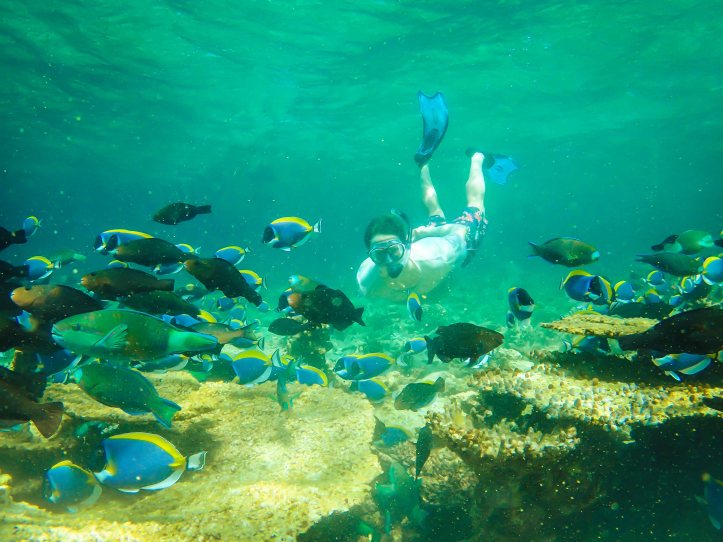 On a swim outside the reef, we found numerous leatherback turtles rotating between a breath at the surface and then diving down to feed on the reef.  We swam nearby and they didn’t seem bothered by our presence. 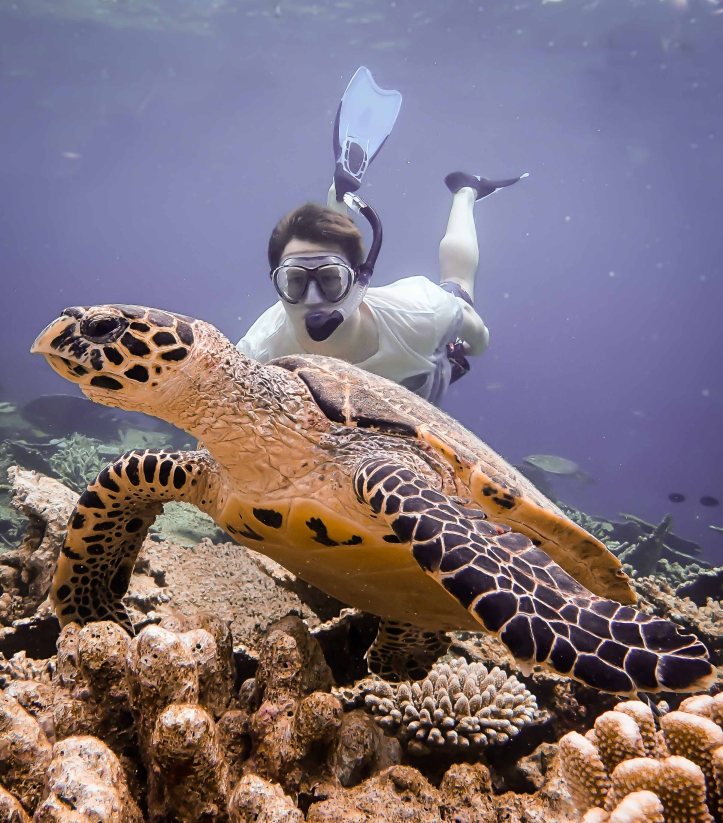 On another excursion, not far away from the reef edge, we found three sleeping nurse sharks nestled under a rock.  We dived down and to be within touch distance but they didn’t stir (and we didn’t touch them!). 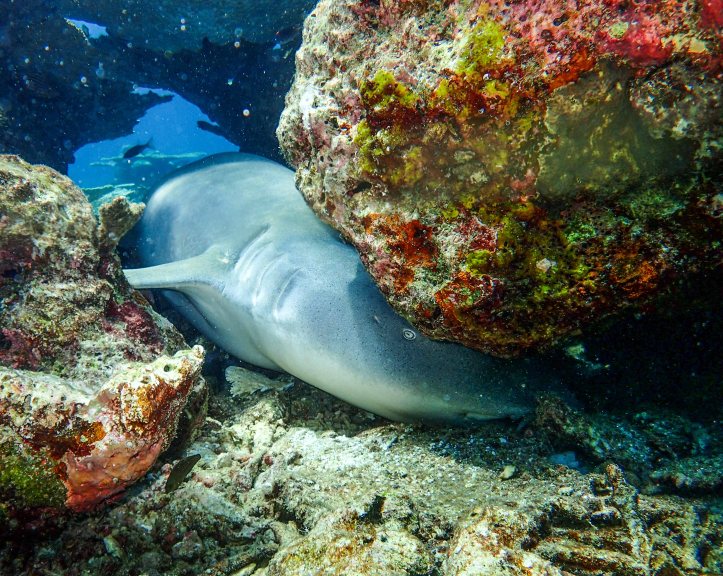 Other highlights amongst the reef included giant sea anemones with resident clown fish, a lurking Lion Fish on the hunt and a large octopus camouflaging itself against the surrounding rocks. 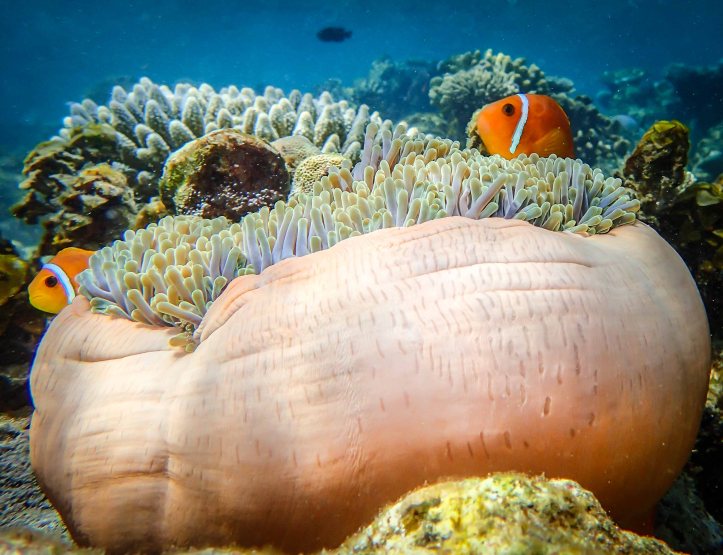 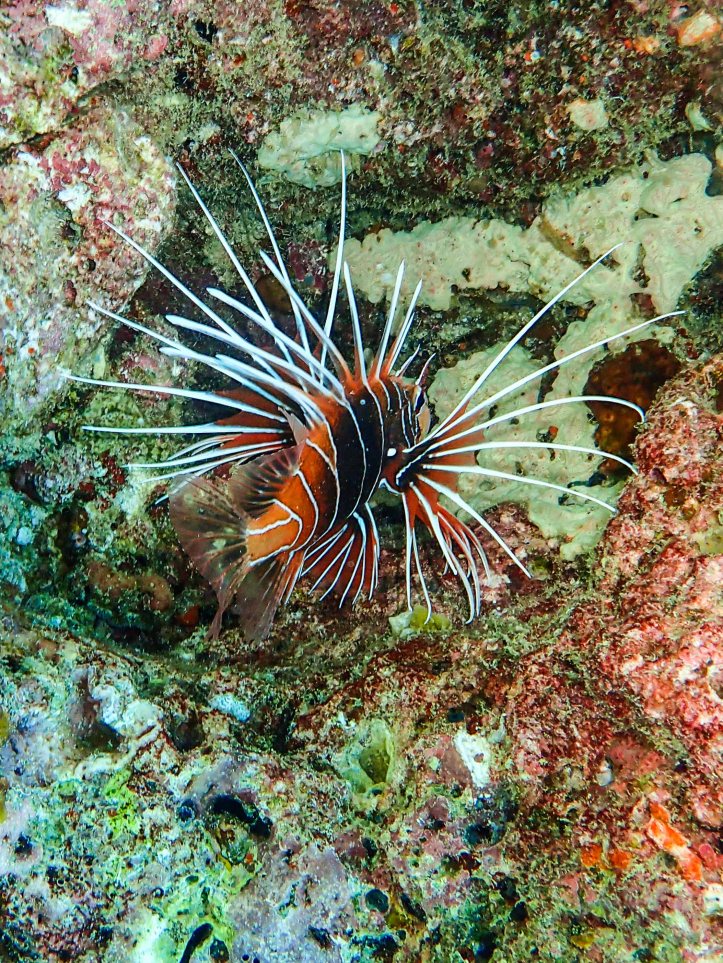 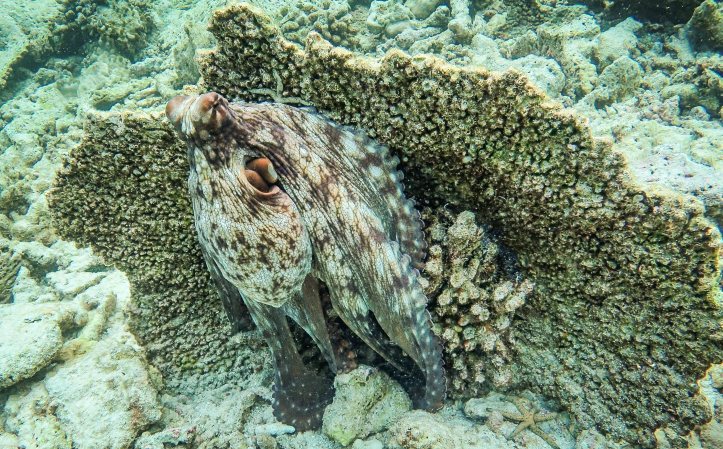 There is so much to find on each and every trip into the sea.  We spent several hours each day just exploring and always found something new every time.  What a beautiful place.