Rach and I had a few air-miles saved up and a long weekend spare so we headed off for a weekend in Istanbul.  We had an early 06:20 flight from Heathrow which arrived 3 hours later at Istanbul’s Ataturk Airport, 12:20 local time.  Here, we grabbed a taxi for the 1.5 hour ride to the Neorion hotel, in the heart of the old town.

First on our list of things to see was the amazing museum of Hagia Sofia.  Built in 537 AD under the direction of the Emperor Justinian, it was the worlds largest building and served as a cathedral for over one thousand years.  Under Ottoman rule, it was converted into a mosque until 1935 when it was finally declared a museum.  The interiors are awesome in their size and glory (for want of any other word).

Near the Hagia Sophia is the huge underground water cistern known as ‘the Basilica Cistern’.  This is one of the largest of the many underground cisterns that used to hold water for the city.  Now, it is only partially full and wooden walkways have been built in between the tall columns and under the vaulted arches for tourists to explore.  It is kind of mysterious to think this whole cistern used to be almost completely full of water and the strange carvings on the pillars (including two massive Medusa heads) have only recently been exposed after hundreds of years underwater.  I also recognised the cistern from a scene in one of my favourite Bond movies – From Russia with Love.

A short walk on from the Basilica Cistern is the very beautiful Sultan Ahmet Mosque (also known as the Blue Mosque).  This is quite different to the Hagia Sofia and both equally amazing in their own right.

In the evening, we took a taxi across the Golden Horn river towards Taksim Square.  There was lots of road works going on so we ended up walking a way but ended up in a nice grill restaurant called Zubeyir Ocakbasi.  We shared a tasty selection of grilled kebabs, salads, pitta bread all washed down with some local wine before making our way back again! 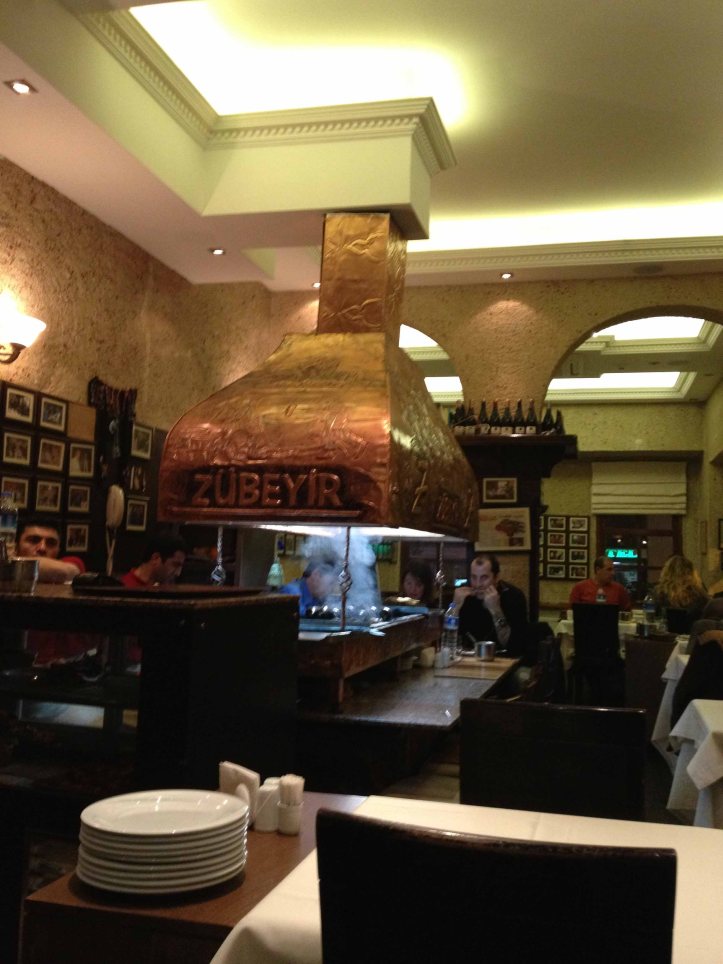 The Grand Bazaar is a large indoor market filled with amazing little shops selling all sorts.  We mostly focused on souvenirs, leather belts, hand bags, jewelry and chess sets!  It was a nice place to easily get lost for a few hours.

After three amazing days exploring only a small fraction of what Istanbul has to offer, it was time to head home.  However, we now know that coming here is quite straightforward and we’d happily return for another visit.